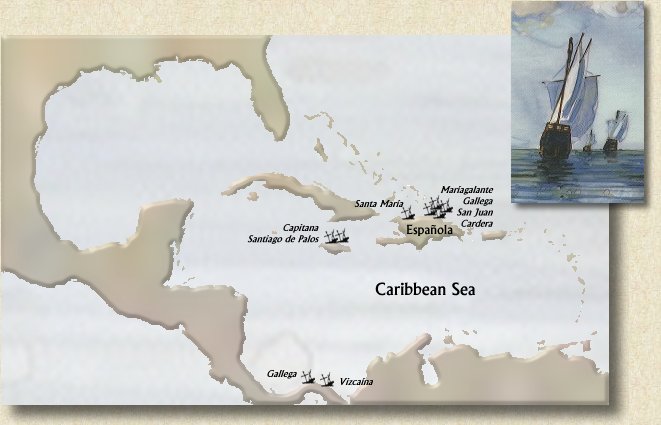 He also sailed in 1493, 1498 and 1502. In the course of his four voyages, Christopher Columbus lost nine ships scattered from what is now the Dominican Republic to Panama. Storms, strandings, hurricanes, and just bad luck all worked against him, leaving us with the challenge of finding them.

On his first and most famous voyage, Santa María ran aground on a sandbar near what is now Cap Haïtien, Haïti, on Christmas Eve 1492.

Columbus’ third voyage in 1948 was a voyage of exploration that took him from Trinidad to the coast of Venezuela. Although it was a success and no ships were lost, it did not end well for Columbus.

On his last and final voyage from May 1502 to November 1504, Columbus’ ships Gallega and Vizcaína were abandoned in Panama and Capitana and Santiago de Palos wrecked in Jamaica.

Has anyone found one?