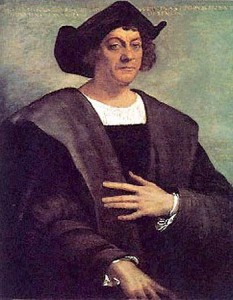 Exploration has always been a powerful human drive. Today technology has changed how we explore, but human nature has not changed.

More than 500 years ago Europeans were exploring the frontier of the Ocean Sea. Suddenly, in the 30 year period between 1490 and 1520 Iberian mariners turned the oceans of the world, that had been barriers, into highways for communication, commerce, and conquest. In the process they altered the course of world history.

Christoper Columbus  was not the first European to reach the Americas ( it is widely accepted that the Norse expedition led by Leif Ericson in the 11th century was among the first), Columbus is probably the best known.  Though he didn’t discover the Americas, Columbus’ voyages led to the first repeated European contact and began a period of  European exploration and colonization of foreign lands that lasted for several centuries.

Columbus’ four voyages to the New World were quickly followed by those of many others. All of the adventurers lost or abandoned ships in the New World. To learn more about Columbus’  lost ships, other European ships lost in the Americas from 1492-1521,  the mysterious caravel (the ship type most favored by the explorers), to explore the oldest shipwreck in the Americas, and the modern day search for exploration period ships, visit the pages in this section.