Prior to the late 17th century ships were built without benefit of lines drawings, half models, or architectural plans. How then did the craftsmen know how to cut the frames that dictated the shape of the vessel? 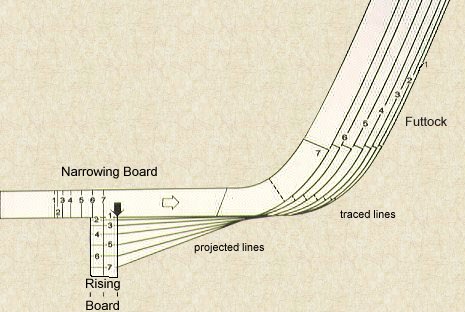 Portuguese and Spanish shipwrights of the 15th and 16th centuries used a technique call Mediterranean whole moulding to determine frame size and shape. The technique uses three patterns called graminhos. One pattern represents the narrowing board (the floor), another the futtock, and the third the rising board. The patterns are made of thin wood and are on a 1:1 scale. Each has a series of parallel lines which are used as guides to fit the three patterns together in various configurations. The resulting shapes are traced directly on the timber to be cut. 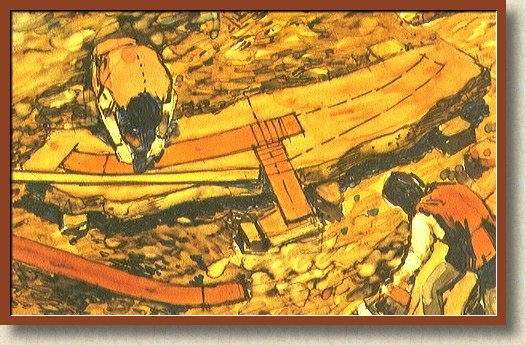 This method was very different from that used by shipwrights elsewhere during this period. In Northern Europe, shipwrights used a technique called rising and narrowing. The differences between the two techniques is reflected in the shape of the timbers. This difference helps archaeologists identify the building tradition of the ship and, therefore, what region it was built.