Infected by the idea of finding a ship of exploration and discovery, we assessed the potential of each Columbus location: Cap Haïtien, Bahía Isabela, St. Ann’s Bay, and Río Belén and Portobelo, Panamá. We settled upon Río Belén, where Columbus abandoned Gallega, as the site where we would most likely find one of his ships because:

Using a variety of techniques—high-tech gradiometers, experimental sub-bottom-penetrating sonar, and a low-tech mechanical probe—we searched Río Belén and its surrounding shores for five seasons. Although early 16th-century ceramics and a bronze stirrup were found in the vicinity, Gallega eluded us, just as Columbus’s other eight ships continue to elude all who seek them. 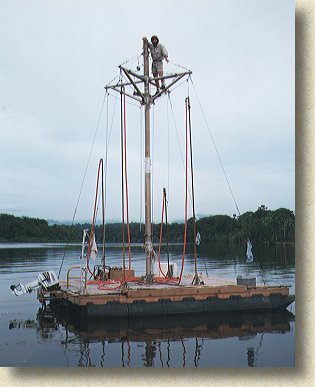