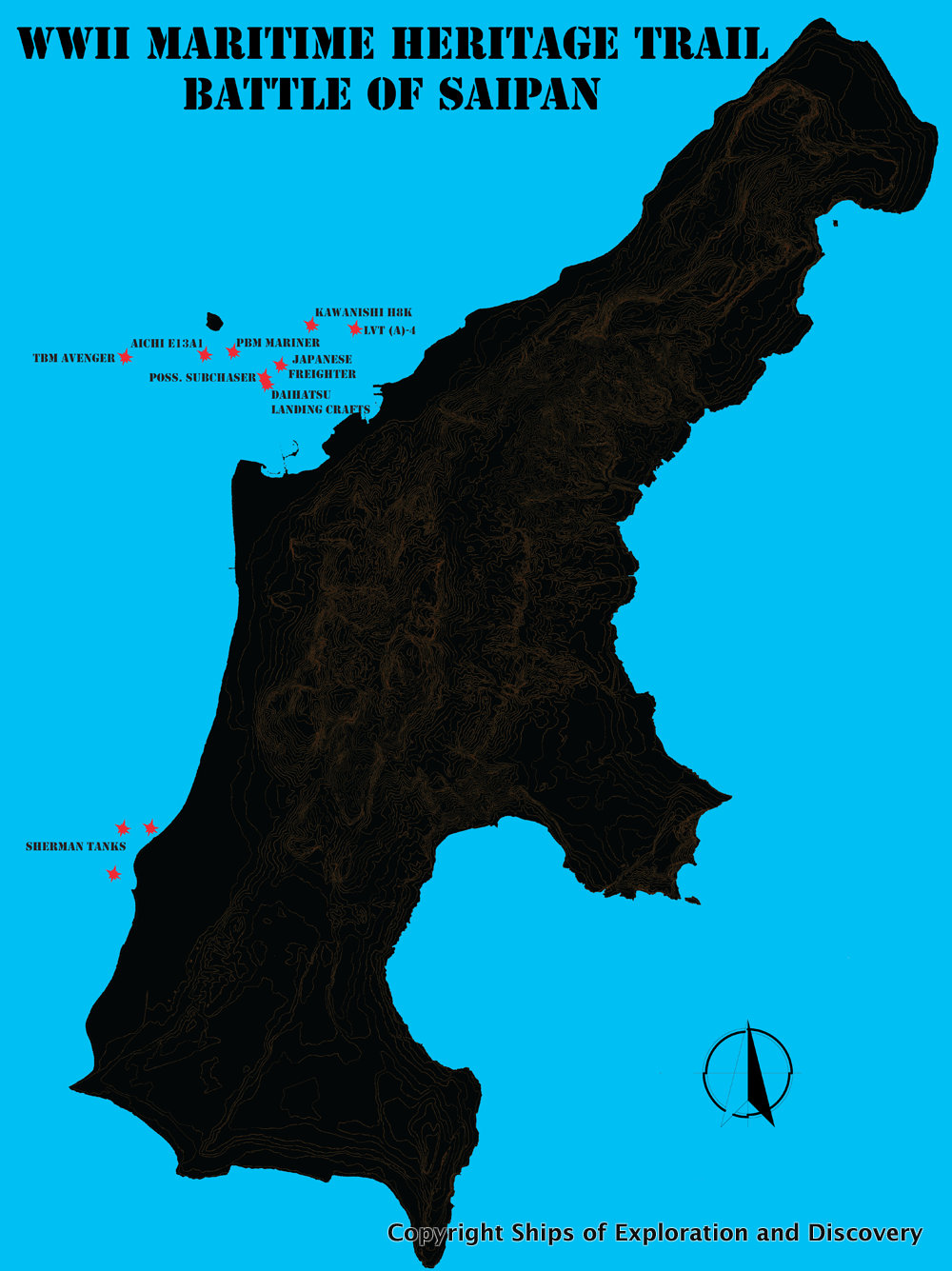 The WWII Maritime Heritage Trail – Battle of Saipan is a collection of underwater heritage sites featuring Japanese and U.S. shipwrecks, assault vehicles, and aircraft wrecks from the Battle of Saipan (June-July 1944). The trail has become a popular attraction for swimmers, snorkelers and divers who wish to visit a part of Saipan’s WWII history underwater. They are not only unique archaeological sites but also have an abundance of marine life making them Saipan’s historical artificial reefs.

Each site has been interpreted through an underwater dive guide that is available for download or on the island at several locations. The sites are also included in a poster series also available for download or on island. The trail is open to the public year round and is free of charge. There are nine sites at present and plans to include more. You can choose your own adventure and visit one or two sites or even see all nine in one day. Contact a local dive shop and ask to visit the WWII Maritime Heritage Trail.

The Battle of Saipan was fought between U.S. and Japanese forces in what is today known as the Commonwealth of the Northern Mariana Islands. For both sides it was one of the most politically and militarily significant battles fought during WWII. The massive operation involved thousands of troops from all branches of the Japanese and U.S. military and hundreds of vehicles, vessels and weapons. Loss of life was tremendous for both sides with accounts indicating the loss of 3,426 of 67,451 U.S. troops and 29,500 of 31,629 Japanese troops. U.S. capture of Saipan brought land-based, long-range B-29 bombers within range of Japan. An intensive strategic bombing campaign, culminating in the first use of the atomic bomb brought an end to the war without an invasion of Japan.

For more information about the trail, each of the sites, and to download guides and posters, please visit The Battle of Saipan | World War II Maritime Heritage Trail website.

This project was made possible by a National Park Service American Battlefield Protection Program Grant. This material is based upon work assisted by a grant from the Department of the Interior, National Park Service. Any opinions, findings, and conclusions or recommendations expressed in this material are those of the author(s) and do not necessarily reflect the views of the Department of the Interior.

WWII in the Pacific